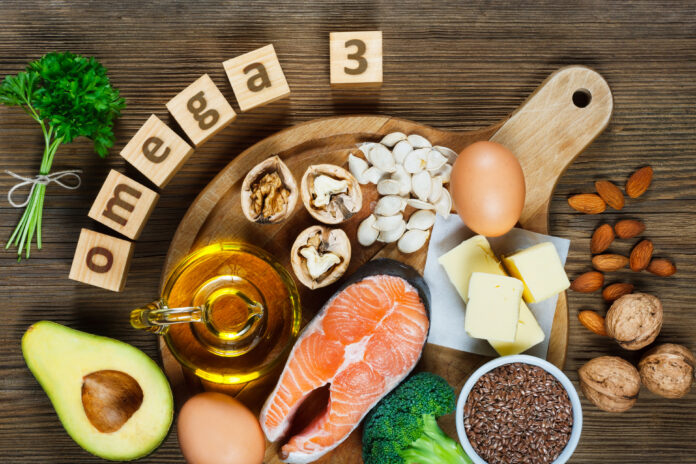 Fat is a necessary component of our diet. It is a nutrient that plays a major role in our body system function. Commonly available in animal and plant sources, they are usually part of our daily intake.

Dietary fats are essential and key elements to give our body energy and to support cell growth as well as repair.

They also help to protect your organs and help keep your body warm. Fats help the body to absorb some nutrients that produce important hormones as well.

In LeX-1 Health, you will be able to find many interesting facts and health information about various macro- and micro-nutrients. Read our article below to learn more about the different plant based proteins and the differences between them:

“Omega 3 is a polyunsaturated fatty acid. Its chemical formula is C60H92O6.”

It is also known as omega 3 oils and Ω-3 oils. It is an important constituent for animal lipid metabolism. It plays an important role in human physiology and is further categorized into three types:

“Omega 6 is a polyunsaturated fatty acid. Its chemical formula is C38H64O4.”

Omega 6 is categorized into the following types:

After ingestion, dietary lipids are hydrolyzed into the intestinal lumen.

Once in the bloodstream, lipoprotein particles, circulate within the body, delivering lipids to various organs for subsequent oxidation, metabolism, or storage in adipose tissue.

“Omega 3 plays important roles in the body as components of the phospholipids form the structure of cell membranes. DHA, in particular, is especially high in the retina, brain and sperm”

In addition to their structural role in the cell membrane, omega 3s (along with omega 6) provide energy for the body and are used for form eicosanoids.

Eicosanoids are signalling molecules that have similar chemical structures to the fatty acids from which they are derived; they have wide-ranging functions in the cardiovascular, pulmonary, immune and endocrine systems.

Similarly, EPA (Eicosapentaenoic Acid) and DHA (Docosahexaenoic Acid) can compete with arachidonic Acid (an omega 6 fatty acid) for the synthesis of eicosanoids.

Thus, higher concentrations of EPA and DHA than arachidonic acid tip the eicosanoids balances towards the less inflammatory activity.

“A deficiency of essential fatty acids that is either omega 3s or omega 6 can cause rough, scaly skin, and dermatitis. Plasma and tissue concentrations of DHA decreases when an Omega 3 fatty acid deficiency is present.”

However, there are no known cut-off concentrations of DHA (Docosahexaenoic Acid) or EPA (Eicosapentaenoic Acid) below which functional endpoints, such as those for the visual or neural function or immune response, are impaired.

ALA (α-linolenic Acid) is present in plants oil, such as flaxseed, soybean and canola oils.

DHA (Docosahexaenoic Acid) and EPA (Eicosapentaenoic Acid) are present in fish, fish oil and krill oils but they are originally synthesized by microalgae, not by the fish. When fish consume phytoplankton that consumed microalgae, they accumulate the Omega 3s in their tissues.

Omega 6 can be extracted from a variety of dietary fat sources, such as nuts and vegetable oil.

Omega 6 fatty acids play a vital role in many physiological functions. They are particularly important for maintaining bone health, regulating metabolism, and in stimulating skin and hair growth.

Some evidence suggests that a proportionally higher intake of omega 6 fatty acids along with a low intake of saturated fat is associated with significant reductions in coronary heart disease.

In contrast, there is concern that high levels of omega 6 fatty acids may worsen the cardiovascular risk. There appears to be inconclusive evidence from observational studies and meta-analyses on the benefits of omega 6 intakes on cardiovascular diseases outcomes.

But few studies state that the brain has a large amount of arachidonic acid; it could be important for the normal brain development of the fetus and infant.

Omega 3 and Omega 6 fatty acids are widely used to improve hormonal systems for men and women, ad they also help in reproduction.

Although both are essential and both need to be taken from external sources as the body cannot make them from scratch.

Both are needed to maintain a good balance of cholesterol. But excessive consumption of Omega 6 has few negative effects on the body such as inflammation.