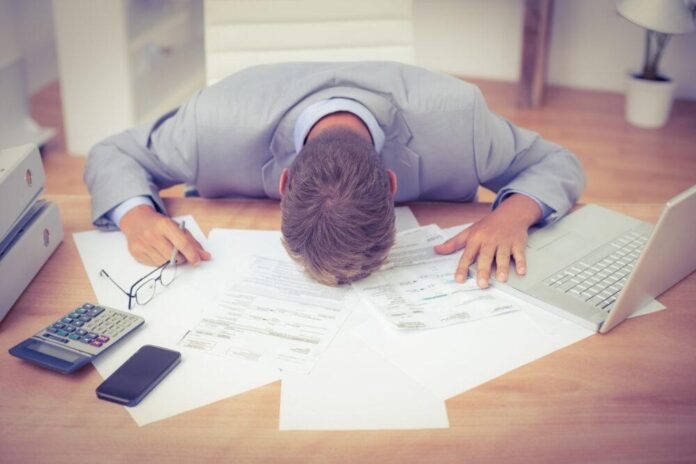 In many instances, we find ourselves requiring our undivided attention and full focus to be able to get things done. However, this can be quite difficult. To compensate for this difficulty, many find themselves seeking the assistance of psychoactive drugs to get that extra boost of concentration.

Our mental functions such as focus and concentration are largely dependent on a combination of chemicals termed the brain chemicals. Variations in the level of brain chemicals can influence our ability to work in full focus and productivity.

Nowadays, many professional workers and others who perform tasks requiring high level of mental focus do suffer from a very high workload paired with countless distractions. Additionally, many people are now dependent on their smartphones for work. It is becoming very challenging to avoid the distractions that come with them.

Furthermore, the busy and fast-paced lifestyles have reduced our ability to stay in focus and to achieve the right levels of concentration to keep efficient.

This has led many workers and students alike to try and sometimes even depend on psychoactive drugs. With the vast benefits these drugs can give you to be efficient, they might as well create dependencies on them and other associated side-effects. However, alternatives to such drugs do exist. They can be found in a number of food items and also in the different diets we pursue.

The good news is, if you choose your ingredients and food items wisely, you might never need to use psychoactive drugs ever again.

This work is also available in a video format. For full details please read the full article.

How Do Psychoactive Drugs Affect Your Mental Functions?

In fact, 35 millions of the 270 million people who took psychoactive drugs in the previous year suffered from drug use disorders such as addiction and drug dependencies.

However, drugs are developed very carefully and are not launched unless they have shown efficacy and safety to human use. They are made to solve real problems such as ADHD and narcolepsy. They are only administered to those who need them. However, consistent use of such brain stimulants using doses higher than prescribed might lead to drug substance dependencies. In fact, 35 millions of the 270 million people who took psychoactive drugs in the previous year suffered from drug use disorders such as addiction and drug dependencies.

Ritalin “The Study Drug”, Should I Take It?

Methylfenidate or Ritalin, as it is commercially known, is a drug that is commonly termed the “study drug”. It is a central nervous system stimulant. It is used to treat Attention Deficient Hyperactivity Disorder (ADHD) and Narcolepsy. If taken in therapeutic doses and when prescribed, it should not cause any drug use disorders.

However, overdosing and an unregulated use of Ritalin have increased among busy workers and stressed students. Some have taken it to the next level and snored it as it might increase their concentration and levels of alertness “quicker”.

When such habits are developed, drug substance dependence or addiction can occur. Ritalin induces its effects through a cascade of events that ultimately lead to an increase in the extracellular dopamine levels in the basal ganglia. Extracellular dopamine enhances task specific neuronal signalling, decreases noise and modulates motivation. These effects ultimately lead to increased attention. They also make you less distractible. Furthermore, they improve performance through increased perception of task importance.

When Ritalin intake is slowed down or stopped, withdrawal symptoms such as depression might take place.

As good as this sounds, your brain can “get used” to the presence of such chemicals and to the “pleasure” they give. When this happens, your ability to perform and to retain concentration previously induced by these drugs become dependent on them. Furthermore, a tolerance to these drugs might occur meaning you now need higher doses to give you the same effects they used to do. When Ritalin intake is slowed down or stopped, withdrawal symptoms such as depression might occur.

In certain medical conditions, psychoactive drugs are prescribed for health reasons and for disorders such as ADHD.

However, alternatives can be found in food items for those who are just looking for that extra boost to their concentration levels.

For food ingredients that are rich in dopamine read our article where we discussed the effects different kinds of carbohydrates have on your mental and physical health. Breakfasts rich in good carbs were shown to have high levels of dopamine.

The Importance of DHA to Your Concentration Levels

Docosahexaenoic acid, an omega-3 fatty acid, plays a key role in cognitive functions such as memory, concentration, focus and behavior in both children and adults.

Being dependent on psychoactive drugs isn’t the solution. Psychoactive drugs often give an instant result with hidden long term side effects. It is better to use healthy food as a substitute for such drugs unless stated otherwise by your doctor.

Our brain consists of high amounts of fatty acids that our body must acquire from our daily diet. Docosahexaenoic acid is the most abundant type of fat in our brain and is essential for the growth and function of nerve tissue. This omega-3 fatty acid plays a key role in cognitive functions such as memory, concentration, focus and behavior in both children and adults. Low levels of DHA have been linked to brain developmental disorders in children and infants.

Food sources rich of this fatty acid are essential to the healthy brain. They include certain types of fish and seafoods such as salmon. Other sources are poultry and eggs.

Certain foods are particularly rich in healthful components like omega-3 fatty acids, B vitamins, and antioxidants, which are known to improve the health of your brain.

Incorporating many of these foods into a healthy diet on a regular basis can improve the health of your brain, which could translate into better mental function.

Caffeine, the most widely used psychoactive substance in the world. It is a brain stimulant. Scientists have now proved that drinking coffee can be beneficial to the brain health which results in improved focus. A new study identifies some of the mechanisms that allow coffee to reduce the chances of mental decline. Drinking coffee can bring both benefits and risks for a person’s health. The health benefits of moderate coffee consumption “clearly outweigh” the potential risks.

Caffeine seems to protect the brain against cognitive impairments. It protects against age related decline in cognitive abilities and also boosts thinking skills and alertness.

Eating walnuts appears to improve measures of cognitive functions. Specifically, adults who ate around a handful of walnuts each day showed improved performance on tests of memory, concentration, and information-processing speed. In other studies, researchers have reported that eating walnuts is linked to overall brain health and reduced cognitive impairment, along with possible benefits of slowing or preventing Alzheimer’s disease progression in mouse models.

In addition to various vitamins and minerals, walnuts also have a high antioxidant content. Furthermore, they are the only nut that contains a significant amount of alpha-linolenic acid (ALA)—a plant-based omega-3 fatty acid that has both cardiovascular and brain-boosting health benefits.

It also gets converted into DHA in the body which has been directly linked to concentration and memory formation as mentioned above.

Omega-3 fatty acids are a healthy type of fat required in brain cell membranes. The body cannot synthesize omega-3s itself, so it must be incorporated into your diet.

When an individual is deficient in omega-3 fatty acids, it can affect its ability to focus. A notable five-year observational study published online, found that individuals who ate at least one meal per week which contained omega-3 fatty acids performed better on thinking skills tests during the study period. Resulting in improved vision and mental focus. The results were compared to a group of people who ate less than one meal containing omega-3 fatty acid per week.

Omega-3 fatty acids are not only important for brain function, but also have been linked to slower cognitive decline in people with Alzheimer’s disease.

Berries are a rich source of flavonoids—plant pigment compounds. They are known to have anti-oxidative, anti-inflammatory, anti-mutagenic, and anti-carcinogenic properties. Flavonoids have also been shown to inhibit the production of amyloid beta in Alzheimer’s disease.

Eating mushrooms may promote cognitive health and reduce neuro-degeneration, according to results of a recent study. Researchers found that seniors who consumed more than two servings of mushrooms per week reduced their risk of mild cognitive impairment by 50%.

Mushrooms used in the study included golden, oyster, shiitake, white button, dried, and canned mushrooms. But the researchers speculated that other types of mushroom may produce similar effects, thanks to a specific compound—ergothioneine—found in almost all varieties.

Because people with an ergothioneine deficiency may have a higher risk for neurodegeneration, eating more mushrooms—a main source of ergothioneine—may promote cognitive health, the researchers reasoned.

The flavonoids in chocolate may help protect the brain by gathering in areas of the brain that deal with learning and memory. Studies have suggested that eating chocolate could boost both your memory and mood.

But That Is Not All, There are Other Food Items Where You Can Get Your Concentration Boosters from:

The nutrient requirements of the brain are different as compared to other organs of the body. Specific compounds are required for the synthesis of the important neurotransmitters, myelin sheath and cell membrane of neurons. These are necessary to maintain its function.

Some of the important nutrients and their sources are given below

Consumption of these compounds can boost memory, improve alertness and focus, and can improve the cognitive functions of the brain.