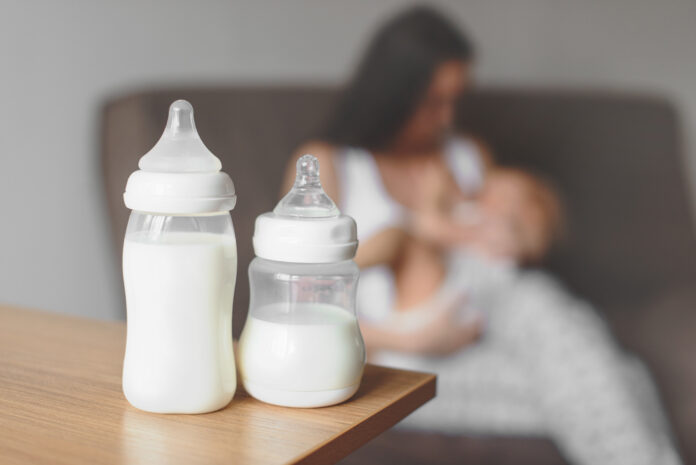 Every mother is different, therefore, they also have different ways to facilitate care to their babies.

Breastfeeding is essential when it comes to nutrient supplementation. It also facilitates bonding between the mother and the child.

However, breastfeeding can be interrupted not just by a mother’s ability to feed but also due to other lifestyle factors.

World Breastfeeding Week is celebrated every year on the first week of August to encourage breastfeeding and to improve the health of newborns around the world.

According to the WHO, increasing breastfeeding to near-universal levels could save more than 800 000 lives every year, the majority of which being children under 6 months.

It is estimated that increased breastfeeding could avert 20 000 maternal deaths each year due to breast cancer.

WHO recommends exclusive breastfeeding starting within one hour after birth until a baby is 6 months old.

Nutritious complementary foods should then be added while continuing to breastfeed for up to 2 years or beyond (WHO, 2019).

Mothers would often make hard decisions whether to breastfeed or to formula feed their baby.

While breast milk is considered ideal and best for the overall health especially for the growth and development of children, due to the changing lifestyles of people, many mothers find it inconvenient to breastfeed and would often resort to formula feeding.

Some of the advantages and disadvantages of breastfeeding and formula/artificial feeding are discussed below.

Did you know that cosmetic plastic surgeries or breast augmentations can have an impact on a mother’s ability to breastfeed? Read our full article: Cosmetic Plastic Surgery – Can It Impact Your Ability to Breastfeed?

It contains all the essential components like carbohydrates, proteins, fats, and minerals in a balanced proportion.

Specifically, it contains iron which is essential for the development of the brain and overall growth.

Infant formula makers try their best to copy the composition of the breastmilk, but it can be difficult to match the requirements completely.

There are some major differences. Some of those might be an increase in the protein content in formula feed milks.

Also, vitamins and minerals are often in higher quantities in formula feeds due to the lower rates of absorption.

In some formula feeds the quantity of iron is lower when compared to normal breast milk.

Breast milk contains essential vitamins, minerals, and enzymes that aid in its digestion and these contents are easily absorbed.

The proportion of certain proteins in formula feeds can be different to that of the breast milk.

There are two classes of proteins in human breast milk: Whey protein and Casein protein.

Whey protein is easily digested as compared to casein, which explains why formula feeding tends to cause more digestive problems like abdominal pain, gas and diarrhea.

Breastfeeding is readily available to the mother. She can feed her baby anytime.

While for artificial feeding, mothers usually have to carry on them formula feeds, bottles, nipples, and other necessities which can be inconvenient at times.

Formula feeding has an advantage that it can be done by anyone in the family which eases some of the burden on the mother.

This allows others to develop love and affection with the baby. Also, the mother can indulge herself in other chores.

Formula feeding can also be easily tracked ehich provides a record of the child’s daily intake.

Mothers do not have to be concerned about their diets and medications when formula feeding.

However, in the case of breastfeeding, certain substances can be passed to the baby via the milk. This keeps the mother conscious about her diet and medications.

Some theories claim that breastfed babies have stronger immunity systems than those of the babies fed on formula feeds.

Breast milk contains specific antibodies and other chemicals that are passed on to the baby which help to fight against infections.

Furthermore, breastfed infants have higher proportions of beneficial bacterial species in their gut than formula-fed infants.

This is likely due to breastmilk containing probiotics that facilitate the growth of these bacteria. This helps the baby to fight against many infections including:

According to a recent comprehensive study, researchers estimated that 53% of infants hospital admissions for diarrhea and 27% of infants admissions for lower respiratory tract infections could have been prevented each month by exclusive breastfeeding.

Breastfeeding may also protect against certain diseases such as:

Breastfeeding not only makes the child immune to certain diseases, but it also prevents certain diseases in mothers like breast cancer, ovarian cancer, and osteoporosis.

Many studies have shown that breastfeeding improves the mental well being of the mother and the baby.

Breastfeeding is a bonding moment. Skin to skin contact is established which leads to the release of certain hormones that help the mother feel empowered, confident. It also helps in the healing of birth trauma.

These hormones help in reducing the impact of sleep deprivation and stress. Breastfeeding also reduces the chances of postpartum depression in mothers.

There are many studies on breastfeeding and its psychological effects on the child.

A study has provided evidence for a link between breastfeeding and cognitive development later in life, including improved memory retention, greater language skills, and intelligence.

Why Is Breastfeeding a Public Health Issue?

UK have some of the lowest breastfeeding rates in the world, with eight out of ten women stopping breastfeeding before they want to.

According to the UNICEF, “Breastfeeding is a highly emotive subject in the UK because so many families have not breastfed, or have experienced the trauma of trying very hard to breastfeed and not succeeding”

Should I Breastfeed My Baby?

Breastfeeding does not just provide the complete nutrients needed for a child’s physical and mental development, it also helps the mother build a relationship with the child through skin-to-skin contact.

It creates a bond that does not just give a child good immunity but it also improves a mother’s mental and emotional well-being.

It is also encouraged that family, friends and the community support this cause as it ensures compliance and it motivates mothers to do their best.

More so, not being able to breastfeed is a multifactorial issue. It is still important that mothers seek professional help and support if they ever encounter one.