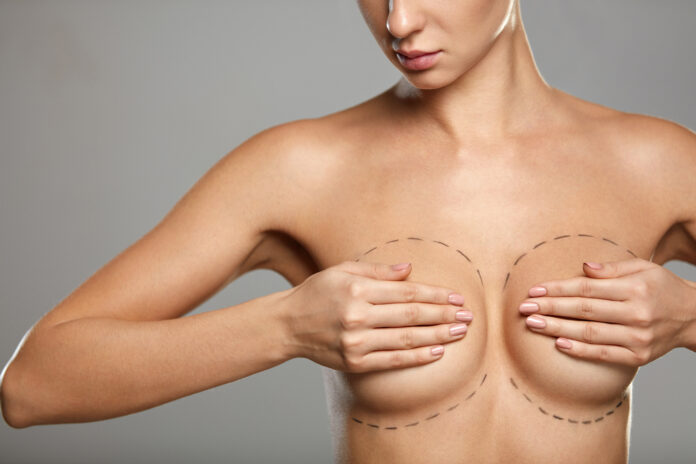 Most women, regardless of age, race and ethnicity, find aesthetic important. Self-love is often attached to how one maintains physical and mental wellbeing. Cosmetic plastic surgeries including breast augmentation have gained popularity lately but do they impact one’s ability to breastfeed?

What is Cosmetic Plastic Surgery?

It is an elective procedure used to enhance appearance and can be performed on all areas of the body, neck and head.

In contrast, Plastic Surgery is dedicated for reconstructive purposes when an area of the body is dysfunctional due to an accident or congenital disorders.

Getting in the trend

This field has gained much popularity in the last few decades, and many people have availed its benefits so far.

Over 17.7 Million Cosmetic Surgeries Were Conducted in The U.S. in The Year 2018.

According to a Plastic Surgery Statistics Report from the American Society of Plastics Surgeons (ASPS), over 17.7 million cosmetic surgeries were conducted in the U.S. in the year 2018.

Among women, most of these cosmetic surgical procedures were related to breast augmentation, breast lift and liposuction.

Amidst its popularity and increasing number of people having cosmetic treatments and procedures, a lot of concerns have been raised concerning the impact breast plastic surgeries have on breastfeeding.

In cosmetic surgeries, the basic technique is to modify the stroma (a fat and connective tissue) while preserving the milk producing ducts as much as possible to preserve the normal functioning of breast.

Let us see whether cosmetic surgery has any effects on breastfeeding, or not.

Breast cosmetic surgery is also known as mammoplasty. Each type has a different purpose, and technique depending on the need of the patient.

It is generally classified into three types:

Breast augmentation is done, basically, to enhance the breast size.

It can also be performed to correct an asymmetry such as that of the size or the shape.

Silicone gel-filled implants are placed over or below the chest (pectoral) muscle, after giving incisions in the skin.

On the other hand, excess fat, skin, and/or tissue are removed in breast reduction procedures to reduce the size of breast.

The third type is breast reconstruction which is done in those who have undergone mastectomy as a treatment for their breast cancer.

In All The 3 Procedures, There Are Chances that Milk Producing Ducts Can Get Damaged or Lost, Ultimately, Resulting in Poor Breast Feeding.

Does it Have an Impact on Lactation?

There Was a 40% Decreased Likelihood of Exclusive Breastfeeding Associated with Breast Augmentation.

Many research studies have been conducted to find out the effects of these cosmetic plastic surgeries on breast feeding.

According to a systematic research study, it was found that women with breast augmentation attempted breastfeeding as likely as to those of the control group.

However, there was a 40% decreased likelihood of exclusive breastfeeding associated with breast augmentation.

This decrease was attributed either to damage to the glandular tissue, ducts, and supply of nerves to the breast, or the implant whose pressure could block the milk ducts.

In simple words, breast augmentation can cause a decrease in milk production.

Women who have undergone this treatment although are able to breastfeed but their breastfeed might not be sufficient for their child due to the reduced lactation.

Studies on Reduced Lactation among Mothers

In another comparative research study, a significantly larger incidence of lactation insufficiency was found among breast augmented women, as compared to the women in the control group.

Despite of the same demographic characteristics like age, ethnicity, delivery method and lactation course; 27 experienced this reduced lactation out of 42 augment women while sufficient lactation was seen in the rest.

The only difference among them was the type of breast incision given during the cosmetic surgery.

Lactation insufficiency was most significantly associated with the periareolar approach which is focused on areas around the areola (pigmented area on the breast around the nipple).

Therefore, along with breast cosmetic plastic surgery itself, the technique of surgery/incision is also a determinant of the ultimate impact on breastfeeding.

A research was conducted in 2010 on women who had their first child birth last month, and it was their 1st month to breastfeed their babies.

The experimental group included those women who had undergone breast augmentation or reduction cosmetic surgeries in their lives, before pregnancy or child birth, while control group had those with no history of breast cosmetic surgery.

During the study, it was found that there was a significantly lower incidence of exclusive breastfeeding among the women with surgically augmented or reduced breasts, as compared to the women in the control group.

Reduction was more associated with augmentation, than with lactation insufficiency.

It was so because reduction surgery damaged more milk ducts, while augmentation implant might only compress the lactation ducts with little tissue damage.

Therefore, insufficient breastfeeding due to breast cosmetic surgery is evident even in the 1st month after child birth when usually more milk is produced by the breasts.

As explained earlier, breast reduction procedure has the possibility of affecting the physiological characteristics of breasts i.e. reduced milk production and secretion.

But in the past few years, new methods of reduction have been introduced which have lessened the odds of these complications, and are being conducted successfully these days.

A study was published in 2017 proved that breast reduction surgery could affect breastfeeding.

This decrease depends upon how much ducts are preserved during the procedure.

In those techniques where the column of the subareolar breast parenchyma remains intact, the likelihood of successful breastfeeding later on is greater.

Is There a Need for Mastectomy?

Mastectomy is done as a part of treatment of breast cancer to remove the breast.

Research study shows that mastectomy is associated with reduced breastfeeding in cancer survivors.

The name, “reconstruction surgery” may be misleading in the sense that it gives us a feeling that breastfeeding also gets restored after this surgical treatment.

However, in the case of breast reconstruction surgery, efforts are made to restore the normal contour of the breast which has been lost during mastectomy.

This cosmetic plastic surgery has nothing to do with breastfeeding i.e. it does not improve lactation in the women who have had mastectomy in the past.

Stay in The Know

To put this discussion in a nutshell, we can say that breast cosmetic surgery whether it is augmentation, or reduction, can significantly reduce lactation and breastfeeding.

However, the technique followed during these cosmetic surgeries is also a factor towards successful breastfeeding later in life.

It is also been emphasized that reconstruction surgery does not have any positive impact on breastfeeding.

Before considering a procedure that can change not just your body but your life, have a fact check and talk to your doctor.

6 Healthy Eating Habits to Keep after The Lockdown is Over

Forget Neuroactive Drugs, Pistachio and GABA Induced-Chocolate Is What You Need to Sleep Better