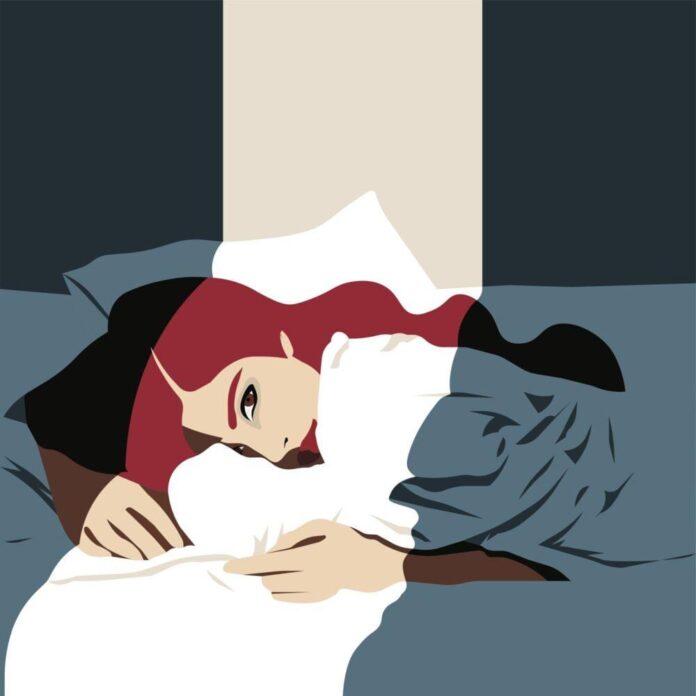 A neuroactive substance could be a naturally synthesized substance (NAS), a drug, a toxin or even a food item. It is defined as a substance that is capable of modifying the behavior and activities of nerves. This has an impact on the behavior of the organism as a whole.

In recent years, a research field has emerged that investigates the empirical and scientific role of nutrition on our mental health. Experts are trying to demonstrate how following a healthy diet could be a resilience factor for our wellbeing. This field focuses on how nutrition can reduce the risk of developing symptoms related to mental disorders.

Following a healthy diet preserves not only our mental health but also our physical health, leading to a better quality of life.

Brain functioning can be viewed as an electrochemical system. Therefore, it is not surprising that many of the substances that act on the nervous system can alter brain chemistry and synaptic transmissions.

Read our article where we discuss how different kinds of food you consume do not only influence your mood but your eventually your overall personality as well: Food influences Your Mood, What about Your Personality?

How Do Neuroactive Substances Influence Your Behavior?

Neuroactive compounds might be found in certain food items.

Some of the most common neuroactive compounds found in food are: gamma-aminobutyric acid (GABA), serotonin, melatonin, dopamine and norepinephrine.

These neurotransmitters and hormones have an influence on our behavior. Their incorrect functioning can be related to the development of serious mental disorders.

Amounts of Neuroactive Substances Vary in Different Food Items. What Do I Need to Eat to:

It has not yet been fully demonstrated how the consumption of neuroactive compounds with food can negatively or positively influence our mental health. However, there are some studies that establish that eating certain products and following a specific diet can affect the release of chemicals in our brain, and consequently affect our well-being.

1- Sleep Better – Get Your Melatonin From Food.

Melatonin, known as the sleep hormone, modulates energy metabolism and the circadian rhythm. It has anti-inflammatory roles and acts as an antioxidant. When taken orally is absorbed from the gastrointestinal tract and metabolized in the liver. It was reported that beer containing melatonin contributes to the total anti-oxidative capability of the human serum, therefore protecting the organism from oxidative stress.

A study on the effect of melatonin on sleep found that it induced relaxation and maintained quiet wakefulness. Evidence has demonstrated that melatonin did alleviate symptoms of anxiety that was induced by lipopolysaccharide. This suggests that melatonin can be used as an adjuvant anti-anxiety treatment.

I Do Not Want to Get Melatonin Tablets, Are There Any Food Alternatives?

Melatonin Levels Vary Within The Same Species or Plant

In fact, night milking produced milk that contained 10 times more melatonin than the one obtained from daytime milking.

Furthermore, the amount of melatonin in one particular plant can vary depending on the amount of sunlight exposure the plant gets, the surrounding environment, temperature and even the agrochemical treatments they endure. This is also true for certain animal products. In the same study, melatonin levels in milk varied largely based on the time of milking. In fact, night milking produced milk that contained 10 times more melatonin than the one obtained from daytime milking.

Regarding animal products, eggs and fish have higher levels of melatonin than meat. Breast milk does contain melatonin. Melatonin is undetectable in potatoes so far even though it does exist in a large variety of vegetables. Melatonin was found in the skin of grapes, in strawberries and in cherries.

Pistachio Is The Answer to Your Insomnia 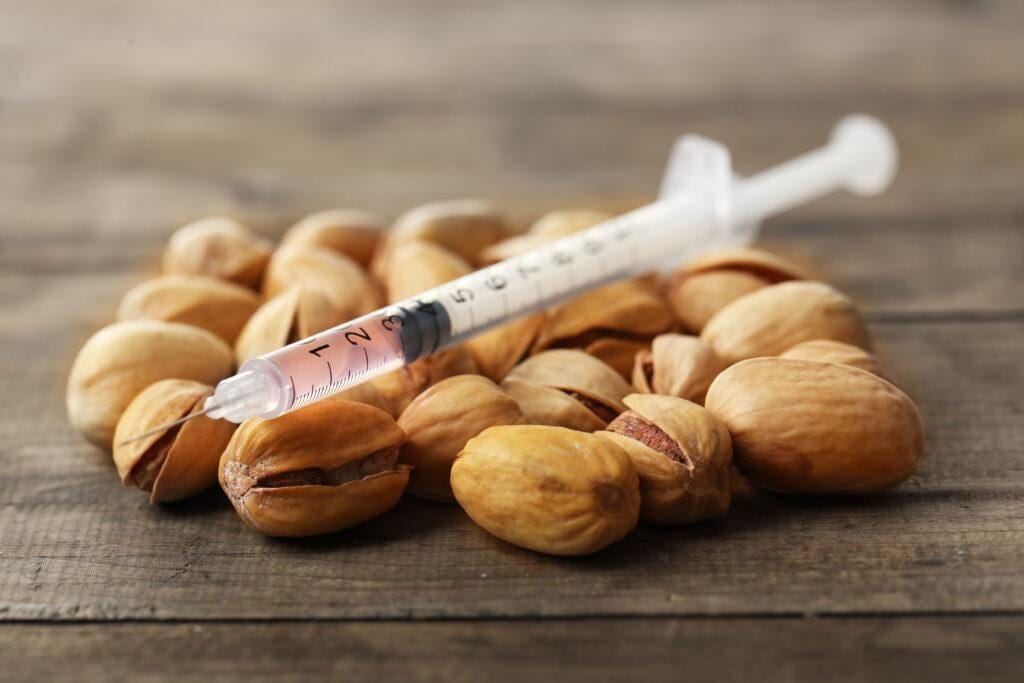 Pistachio does have very high amounts of melatonin in it. To put things in perspective, for each gram of tomato, there is 0.0003 microgram of melatonin. On the other hand, one gram of pistachio contains 226-233 micrograms of melatonin. That is 0.23 mg. According to webmed, a dosage of 0.3 mg to 5 mg of melatonin daily for up to 9 months have been used for adults who are having troubles falling asleep at conventional bedtime. Who knew all you needed was a couple of pistachios before going to bed?

GABA, or Gamma-Aminobutyric Acid, is an inhibitory neurotransmitter that slows down brain activity. It is involved in the regulation of vision, sleep, muscle tone and motor control. It increases brain waves associated with a state of relaxation and decreases those associated with stress and anxiety.

It was found that those who took the highest level of GABA (50 mg in a 250 ml beverage) had the lowest levels of psychological fatigue.

It was reported that consumption of GABA containing beverages reduced phycological and physical fatigue and improve task-solving ability in humans. The Japanese study involved giving participants beverages with varied levels of GABA. The participants were asked to perform an arithmetic task as part of a Psychodiagnostic test. A number of different tool were used to assess psychological fatigue. It was found that those who took the highest level of GABA (50 mg in a 250 ml beverage) had the lowest levels of psychological fatigue.

Furthermore, certain chemicals associated with psychical fatigue such as chromogranin A and cortisol makers were found to be lower in the group that consumed higher levels of GABA.

The group who were given higher levels of GABA beverages did also score highest in the arithmetic task assigned suggesting benefits of GABA in task solving.

GABA Can Be Delicious As Well: Did I Tell You Can Find it in Chocolate?

In another study, chocolate enriched with GABA had psychological stress-reducing effect. This time the stress induced by performing an arithmetic task was investigated. Participants here were given varied levels of GABA induced chocolate. Then they monitored their heart rate variability and levels of chormagranin A in their salvation as indicators of their stress levels.

The good news is that this chocolate does exist. A Japanese company made it and is selling it in Japan. It is probably worth a google search?

GABA can be found in a number of food items. There are certain food items that can boost the natural production of GABA in the body. Such food items are soy, lentils, nuts, walnuts, shrimps and spinach just to name a few.

It was found by some scientists that raw spinach has the highest levels of GABA content, followed by potato, sweet potato and broccoli consecutively. Mushrooms and chestnuts also contain good levels of GABA.

Yes, Neuroactive Compounds Can Be Found in Food

Pistachio, GABA-Induced chocolate and raw spinach is what you need to sleep and relax better.

Life can be stressful. The different activities and pressures we endure on a regular basis can cause us to have difficulties sleeping. Being tired and feeling mental and psychical fatigues regularly can affect our performance at work and the quality of our social lives.

Many of us rush to look for solutions in tablets and drugs most of the time but we always forget to look into what we eat first.

Read our article where we discussed the different nutrients missing in diets around the world.

Cosmetic Plastic Surgery – Can it Impact Your Ability to Breastfeed?

6 Healthy Eating Habits to Keep after The Lockdown is Over

© lex1health.com
We use cookies to ensure that we give you the best experience on our website. If you continue to use this site we will assume that you are happy with it.OkPrivacy policy