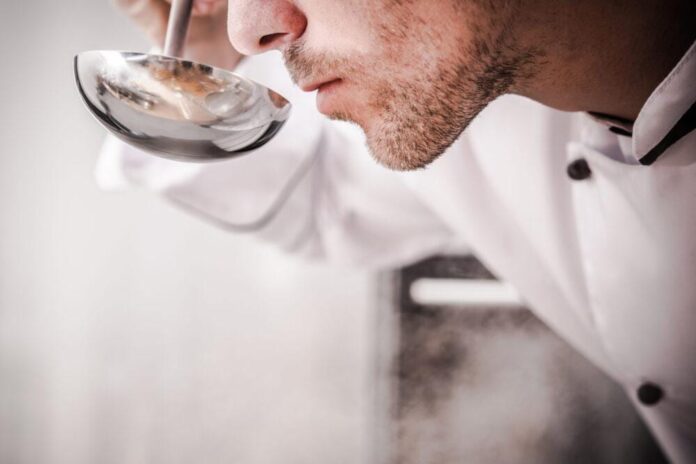 Anosmia, or loss of taste and smell, is the complete inability to detect odors. This might occur in many different occasions and can be part of different disorders. However, in very rare occasions, someone could be born without a sense of smell. This disorder is called congenital anosmia.

As the progression is increasing day by day, obtaining the right information about the signs and symptoms or the outcomes of the virus have become vital. Some symptoms are clear such as flu, cough and fever. However, other symptoms have obfuscated researchers. One such symptom which we will cover in this article is the loss of smell and taste.

But first let’s review what is actually meant by loss of smell and taste?

Loss of Smell and Taste

Generally, loss of taste and smell is termed as anosmia and ageusia, respectively. There are a group of pathologies associated with the loss of sensations of smell and taste classified as:

As the name indicates, post-viral anosmia is characterized by the loss of smell sensation after being infected by a virus that causes flu-like symptoms.

It has the highest incidence rate of more than 11 percent. On the other hand, Post traumatic anosmia is due to some trauma or head injury, with more than 6 percent of the incident rate.

Loss of Smell and Taste in Association with Coronavirus Symptoms

SARS-COVID 19 has unveiled some mysterious symptoms that have led to some serious discussions as the stains of viruses are showing peculiar behavior in terms of producing signs and symptoms in an infected individual.

Although, the pandemic has now influenced most countries in the world. Symptoms of anosmia/ageusia have been reported in some patients in some countries affected by the novel coronavirus. After initial trials, pieces of evidence suggests that South Korea, China, and Italy have significant numbers of cases associated with loss of taste and smell. In Germany, 2 out of 3 confirmed cases reported signs of anosmia.  Recent reports suggested an increasing number of cases of COVID-19 associated with ageusia and anosmia.

(Most data are based on reports written in the past 3 months and numbers and trends are changing daily).

Yen et al., conducted a study between the 3rd and the 29th of march on patients suspected to have COVID-19. Up to 70% of patients testing positive reported symptoms such as loss of smell and taste. However, only 16% to 17% of patients who reported loss of taste and smell tested negative.

Currently, it is difficult for researchers to provide authentic conclusions. A further suggestion was to create awareness among people for the sole presentation of anosmia and ageusia as these symptoms are highly suspected in patients in certain regions of the world.

Etiology of Anosmia in Coronavirus

This is due to the dysfunction of the olfactory nerve (nerve responsible for smell and taste). This could be caused by upper respiratory infections, head traumas, or even some brain diseases.

Etiology is the study of causation or origination. The causative agent for this pathology is demonstrated as the outcome of post-viral anosmia. Studies show that these viruses show flu-like symptoms. Infected patients are more prone to show post-viral anosmia, a loss of smell and taste. This is due to the dysfunction of the olfactory nerve (nerve responsible for smell and taste). This could be caused by upper respiratory infections, head traumas, or even some brain diseases.

These diseases hinder the ability to smell or taste. Useful screening of olfactory nerve can improve your senses and avoid harm.

When Does Covid-19 Related Anosmia Take Place and For How Long Will It Stay for?

Sudden loss of smell and taste generally with post viral infection begins after a few days (normally 3-4 days)  as the symptoms of the virus start taking place. Still, anosmia reported with coronavirus was associated with dysgeusia (Distortion of the sense of taste). These sets of symptoms, along with coronavirus symptoms (flu, cough, and high-grade fever) lasted for almost nine days. This is according to a study by Klopfenstein et al. published on the 17th of April. According to this study, 98% of patients recovered fully within 28 days.

The graph below from the study shows that more than 70% of the cases recovered in less than 13 days.

Based on a personal experience, loss of taste and smell lasted for as long as 2 weeks. Returning of the smell and taste sense was gradual. 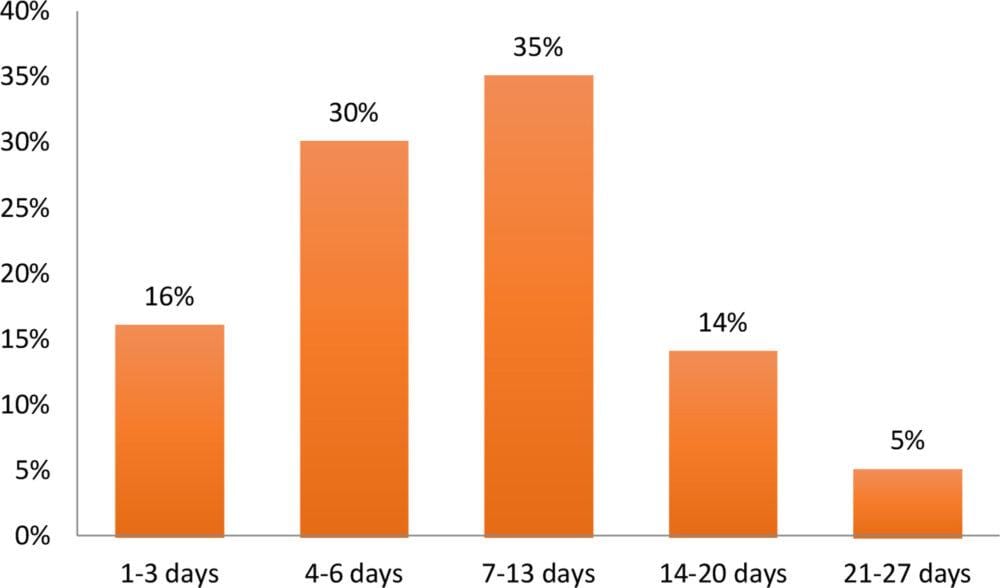 For COVID-19 related anosmia we do recommend that you follow the advice of your doctor.

Generally, there are various options for the treatment of post-viral anosmias. However for COVID-19 related anosmia we do recommend that you follow the advice of your doctor. One of the treatments available for post-viral anosmias are the administration of glucocorticoids, Ginkgo Biloba, and Mometasone nasal spray. However, it has been adviced to not use steroid based drugs in COVID-19 related anosmia as they suppress your immune system.

Another important treatment option available for post viral olfactory dysfunction is the use of TCA (traditional Chinese acupuncture). Reports suggest a positive response from patients suffering from these symptoms.

Yes, Anosmia Can Be One of The Symptoms Caused by COVID-19

There have been multiple reports of loss of taste and smell senses in patients affected with coronavirus. Currently, researchers are unable to find the exact mechanism behind this association. However, theories have been presented relating these symptoms to be a part of post-viral anosmia.

In other words, pathogens that cause flu-like symptoms are more subjected to this association. Treatment options are available for general post-viral anosmia but their credibility for SARS-COVID-19’s related anosmia has been under investigation

Why You Should Avoid Artificial Food Colorants

World Hepatitis Awareness Day – Here is What You Need to Know

COVID-19: Can Zinc Restore Your Lost Sense of Smell?